Skip to Content
Home Business Operations The More. The Merrier. Economies of Scale Through the Eyes of Greengrocers

Ever wondered how certain micro traders, say your everyday greengrocers (Mama Mbogas), thrive to an admirable extent despite stiff competition with tens of others operating in the same street?

I bet you have seen such. They start in a make-shift stall a.k.a kibanda. The kind city council askaris only need to kick once and the merchandise scatters in directions you never thought existed. Yet the greengrocers return to the same spot minutes later as if nothing happened. A few years down the line, however, these traders rent corner shops in strategic buildings and set up fine grocery stores. Making their competitors’ businesses look bad.

How do they propel their businesses into eminence while still feeding their families?

I have had an opportunity to witness such scenarios during my business mentorship sprees. Watched them turn everything I learnt in a semester of Business Studies into a cloud of success. Through the power of economies of scale. I have watched the pendulum of trade swing to their benefit while bulk purchasing of ordinary vegetables.

This is how the story goes.

Introducing the five estate retailers, Innie, Minnie, Mynie, Tippie, and Toe. You wouldn’t mind if I kept their names private, would you?

To the best of my investigation, none of them has been to high school. They however communicate in at least three languages, unbutchered English included. Probably for survival in the marketplace.

Innie, Minnie and Mynie run little vegetable shops. By little I mean the kind of businesses that on a good day fetch not more than Sh. 400 in profit. Their shops are about 600 square metres apart allowing each to serve at least 20 clustered homes with the sales littered across 12 hours of operation; 8 am till 8 pm.

Innie also runs a tuck shop allowing him to share wisdom with Tippie who besides her tuck shop is a cobbler. She shines shoes with homemade shoe polish made from charcoal dust as the main ingredient. Then there’s Toe; the estate’s minister of energy serving the folks with paraffin and charcoal.

If you have been to a large open-air market in Kenya, then you understand that there’s always something for everyone.

For example, Innie, Minnie and Mynie could negotiate the best price of vegetables at the market independently. Each would receive the measure their individual money can plead for and return to the estate to make meagre profits.

But instead, they pool their money together and drive a hot bargain on the product of choice!

Lessons From The Green Grocers

The game begins with identifying the product they all believe will sell best on a particular day based on previous sales. Not to mention customers’ taste buds in that season. They then vet major suppliers via an informant whose duty is to identify the best bargain in the vegetable supply sector in the market. The informant happens to be Mynie’s son. Talk of keeping the business within the family.

Upon spotting a favourable supplier the informant pays for the vegetables and the load is sent to the estate by tuk-tuk. The informant remains in the market until noon studying the state of affairs. He then returns home to compile notes on his findings ahead of the evening meeting with the three traders.

Traders who prefer solo shopping sprees have a different story though. Their mornings are characterised by what seems like a fair ask. Wading through crowds of fellow traders and consumers begging for lower prices, repeated mockery by middlemen and a trip back home with only what their lonely pennies can buy.

If you ask me, solo traders are better off buying their merchandise from the three wise fellows. But their thirst for secrecy and fear of competition have them enduring torturous trips to the main market. For what, pitty profits and sorry goods?

Card Up The Sleeve

But sometimes the market goes rogue and the wise traders’ tricks threaten to fail. That’s when they unleash their hidden card in the game. In no time the informant changes his place of operation and becomes a transport coordinator ensuring smooth ferrying of at least five bags of vegetables from Western Kenya to the Coast. Every week.

Is the game cost-effective?

I will let you be the judge on that.

When the main market goes rogue, the heaped bag of kale shoots to Sh. 1700 or worse from the usual Sh. 800 on a fair day. But when the same is obtained from the fertile villages in Western Kenya, the same goes for Sh. 1000. Ferrying fee stands at Sh. 500 per bag. Imagine saving Sh. 200 for each bag of fresh vegetables straight from the farm. Middlemen’s fingers chopped off the deal!

Village folks love their own. So when a relative of a relative orders for a bag of vegetables, in this case, one of the three wise traders, they send the heap and then some. It often comes with a complimentary bag of wild vegies meant for the relative. It’s up to the receiver to sell or consume it.

So now let’s step back and evaluate the vegetable deal. First, you rarely have a solo trader in a peri-urban estate willing to spend Sh. 1700 for one product. They instead spend about Sh. 500 for the kales in the main market. That’s about a quarter of the bag since the price rockets with lesser quantities. Don’t expect to pay Sh. 425 for a quarter. After all, weighing machines never tilt in the favour of a retailer.

Instead of the wise traders spending Sh.1700 for a bag of kales at the misbehaving market, all they have to do is order five bags. Two bags arrive on a Monday to start the week. One comes on Wednesday. And the other two on Friday to service the weekend. Each trader gets a third of the root. No questions asked. No sick weighing machine. And no greedy middlemen.

Now, apply this formula to every product Innie, Minnie, Mynie, Tippie and Toe sell in common, starting with non-woven bags. Innie, Minnie and Mynie pool resources on the vegetables. Innie and Tippie break bread over maize and wheat flour, rice, and cooking oil for their tuck shops. Tippie and Toe hold delegations on charcoal deals.

They then step up their game with weekly table-banking meetups where they contribute Sh. 250 each. Any member of the wise council can borrow from the gathered amount provided they return the loan with 10% interest in one week. Otherwise, they pay the interest in the next sitting with the promise to pay the principal and interest accumulated in three weeks. Banking just got wiser!

The power of economies of scale and quick access to loans enables them to seize any lucrative opportunity daring the peri-urban settlements.

Magic happens when the wise traders, over a 30-minute meeting, divide the spoil outside one of their shops. The weighing of the merchandise, the calculations to suit each trader’s share and finally each one cycling away with their bags of goodies to go and serve their respective customers.

I feel their hearts thumping to the rhythm of victory. The scent of success rising to fill the air. And the solo traders oozing with jealousy over missed opportunities. It’s exhilarating!

And even though these greengrocers keep their prices within market rates, they are sure to enjoy huge profit margins. Hence the ability to migrate from makeshift stands to fine corner shops while everyone else stares in wonder. That’s the power of economies of scale at work. Now it’s up to you to apply it!

If you loved this article, please share it along…. and consider buying me a cup of coffee. 😉
People who care always share!
economies of scalegreengrocersKenyaMarket

Also known as My_Darling, is a ghostwriter, business mentor and motivational speaker who advocates for turning talents and passions into products of service to others while making a profit while at it.

This site uses Akismet to reduce spam. Learn how your comment data is processed.

Thank you for gracing my blog.  Every article here is FREE for you to devour. However, there are affiliate links and ads to help me earn a commission when you purchase through them. But they won’t affect your stay or collect unauthorized data. 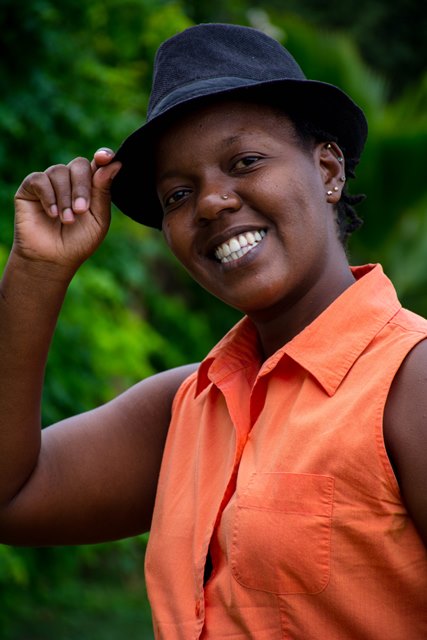 Meet My-Darling
Oops! That's the name I use when speaking to a crowd. An invitation for you to get close and know me.
I've been a solopreneur for over 10 years with each year unleashing a version of running my business alone without getting lonely. An art many don't know exists. These are the truths, triumphs and tussles I share in this blog. And the wisdom derived, I use to mentor upcoming solopreneurs making their safari exciting!
Should you come across an article full of rantings here, read it twice. Such came from a point of 'the world gotta know!'
Welcome.

Magdalene Kamau
Know More About Me